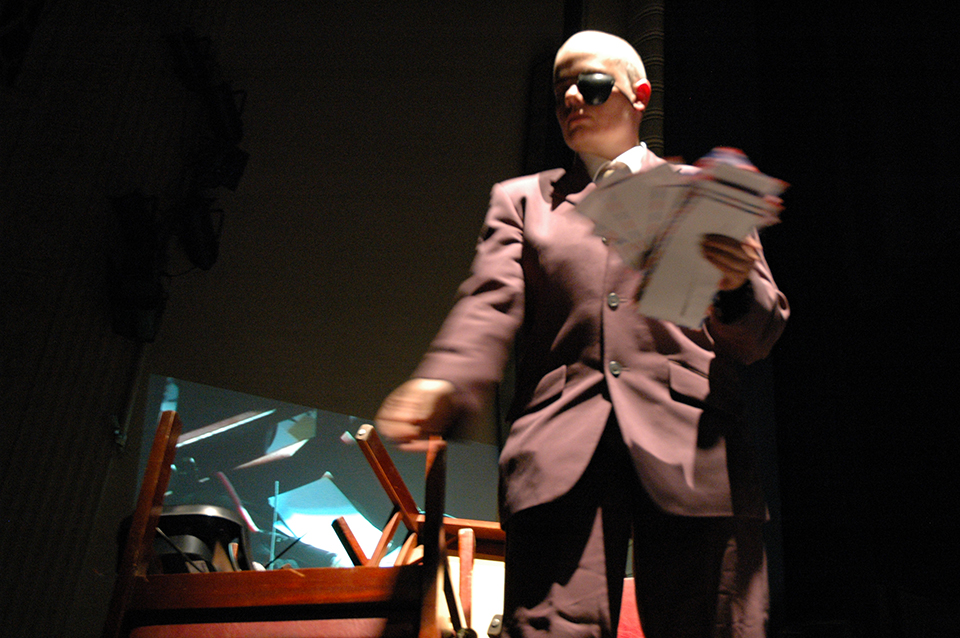 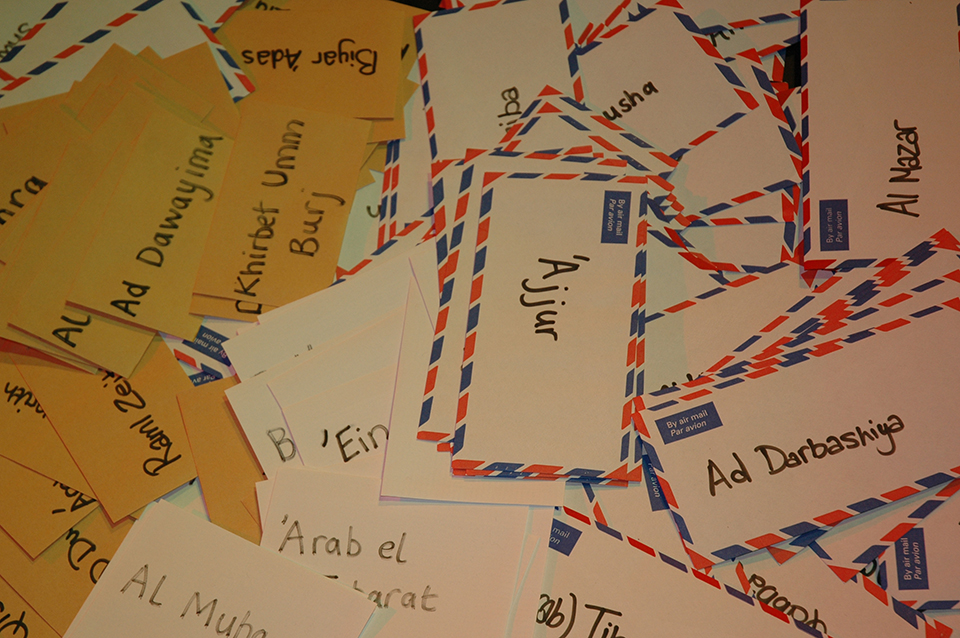 The State of Israel was formed in 1948. Within 14 months at least up to 500 Palestinian villages and towns were destroyed, emptied out, or partly destroyed by Israeli forces. Their inhabitants dispersed mainly into the Middle East and are still denied the Right to Return to their homeland. These villagers and their descendants form a growing displaced Palestinian Diaspora.

In Memorial Service – a collaborative performance project with Mikhail Karikis – three Palestinian voices recite the names of 369 villages that were destroyed. Oreet’s character, based loosely on the Israeli army general Moshe Dayan, shreds 369 envelopes with the names of the villages written on them. In parallel, a projection of a continuously shifting map displays the radical geopolitical effects of the evacuation of the Palestinian villages. As the name of a lost village is verbalised, a white dot appears in the geographical location of its absence. The moving map gives a sense of the level of ‘emptying-out’ that took place between 1947-9.

Between the voices that bring the names of the villages to life and the mechanical sound of the shredder, which eradicates them in a symbolically official manner, Mikhail sings. He employs traditional mourning vocal techniques, which distort language and break his voice. His compositions are inspired by a number of diasporic communities’ folk songs world wide.

The issue at hand is the current displacement of the Palestinian Diaspora and the continuous evasion of law and human rights regarding the Right to Return, as a result of the Nabka. The current blockage of the reuniting of Palestinians from Europe and the USA with their families in Israel and Palestine, is an indication of the worsening of the situation.