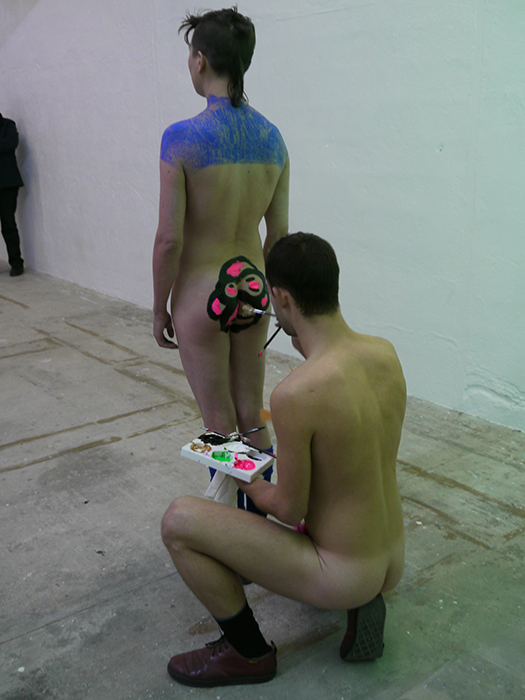 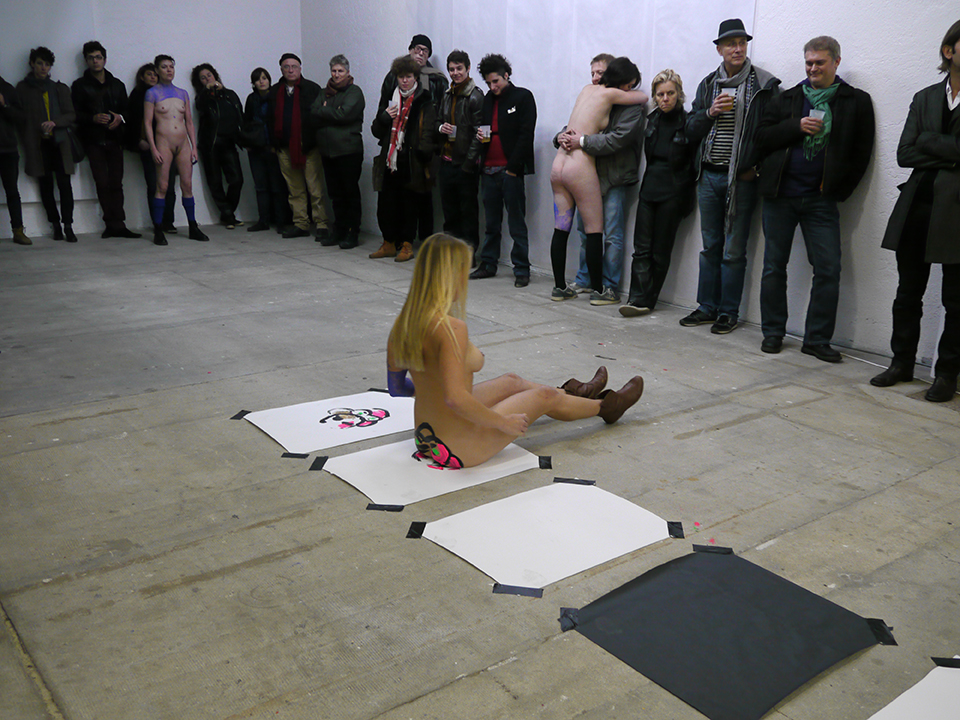 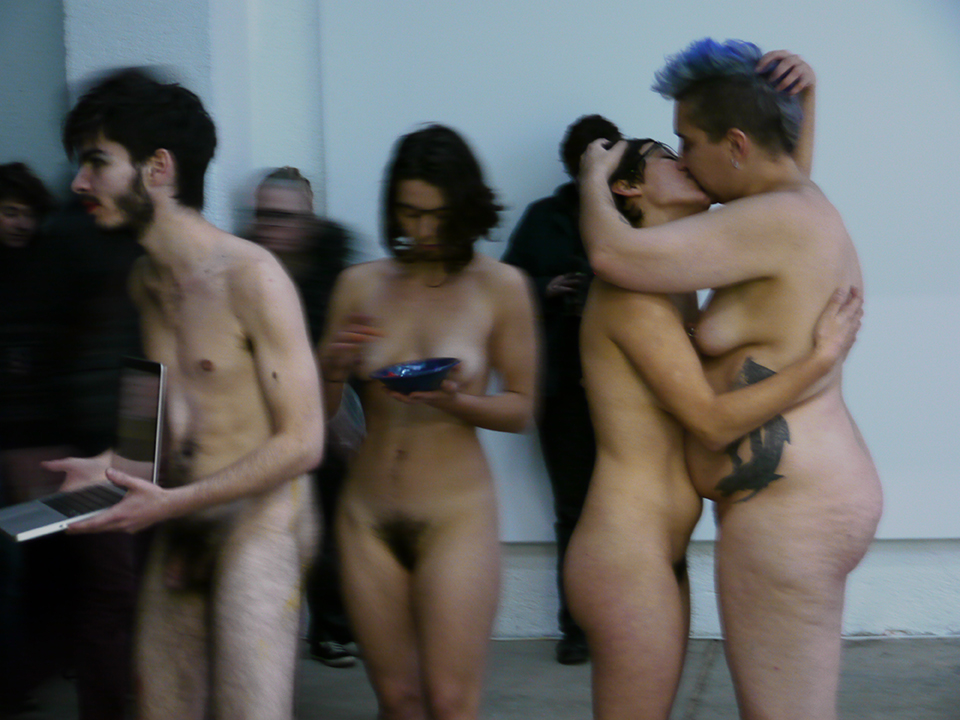 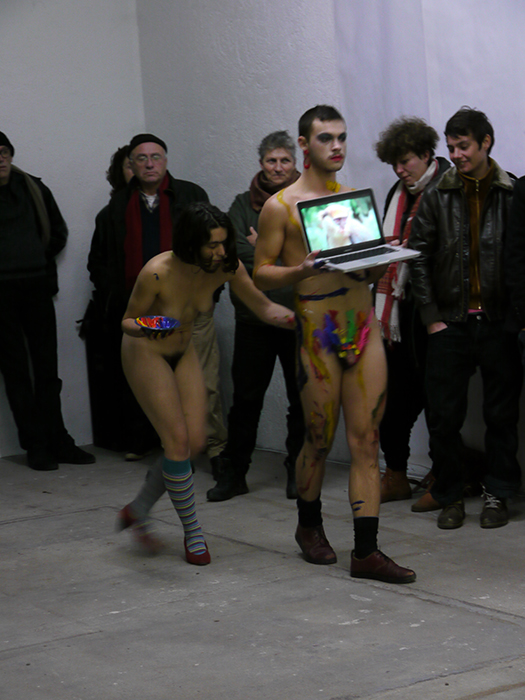 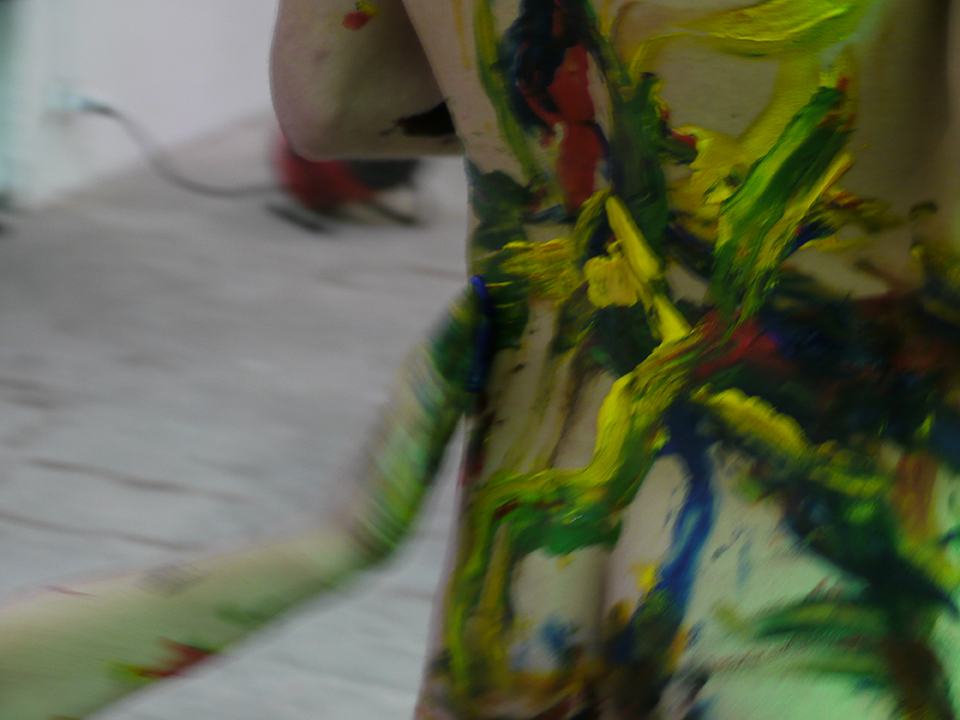 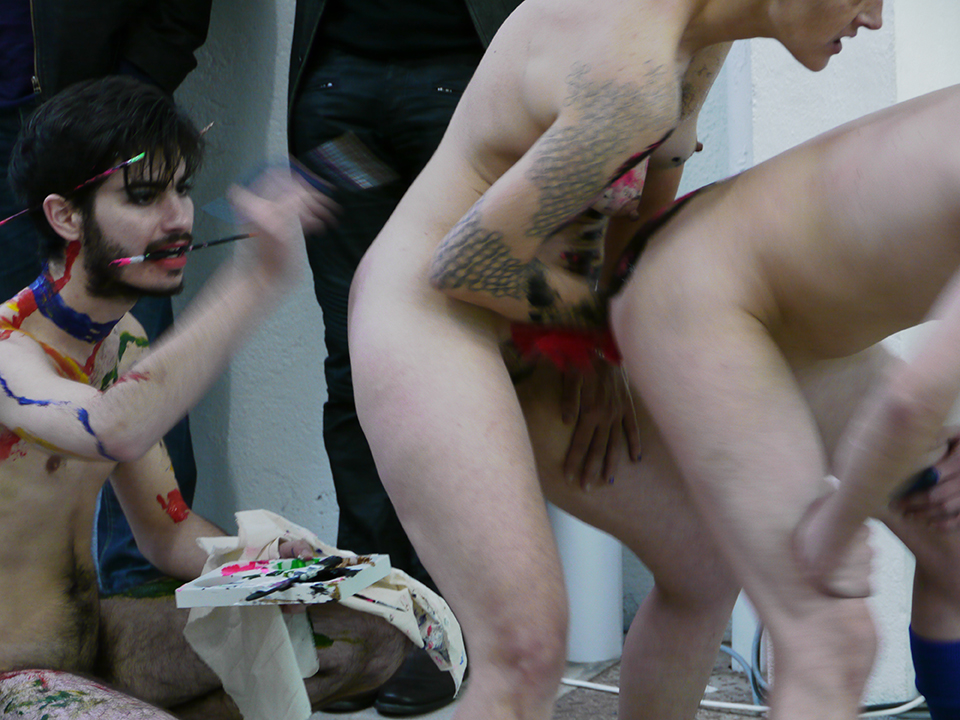 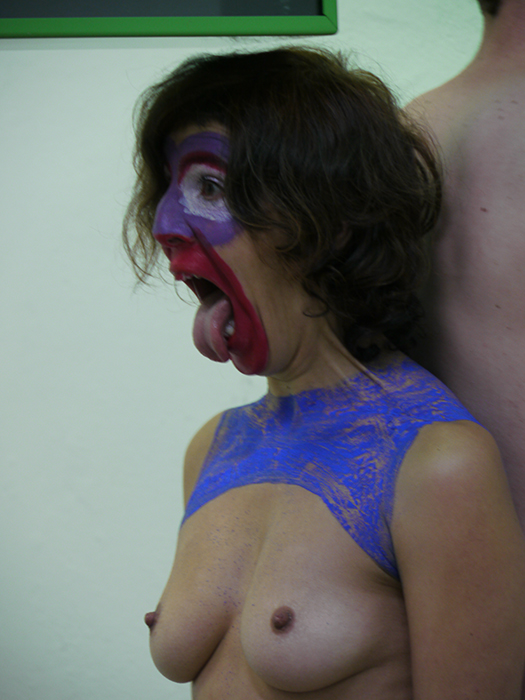 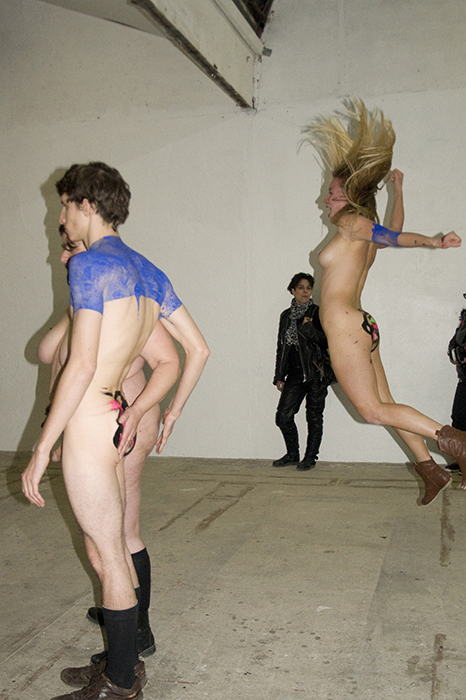 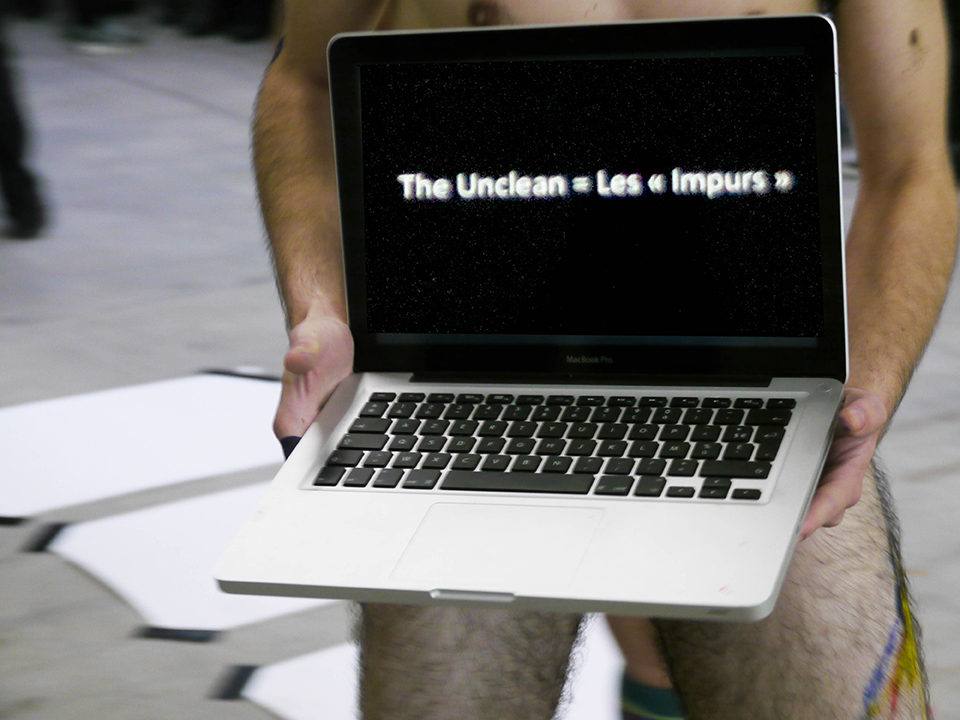 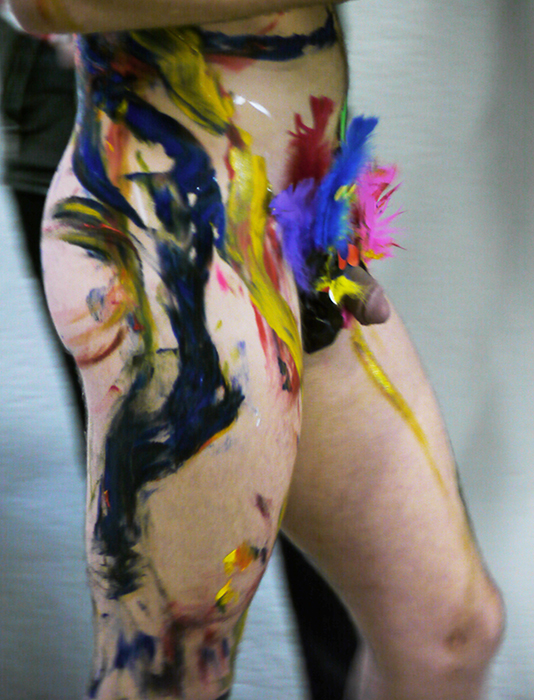 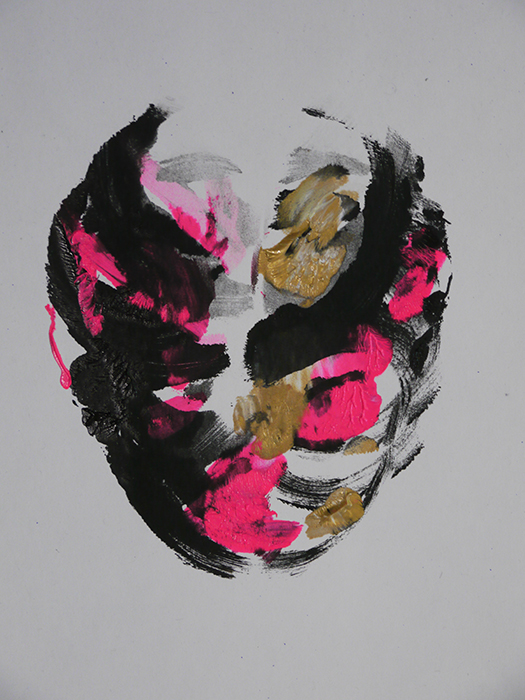 The work was planned during a period of research for Party for Freedom and was set-up as an open call for participants to take part in a naked workshop leading to a performance. The workshop was part of a series of international workshops looking at the histories of Western performances of liberation, and in particular exploring nakedness, collective action and democratic sound. During the 30-minute duration of the piece, naked performers go through a series of repetitive actions and movements, some involving the audience, and produce a series of bum prints. The piece is engaged in biopolitics (this could mean bodies, citizenships, scapegoats, health, labour, legislation, migration, the every day), the Bum (dirty, erotic, ostracised, gendered, classified, indeterminate, exclusive, democratic, stupid, knowledgeable, decorative) and the production of art, with references to body-painting actions by artists such as Yves Klein and Annie Sprinkle.