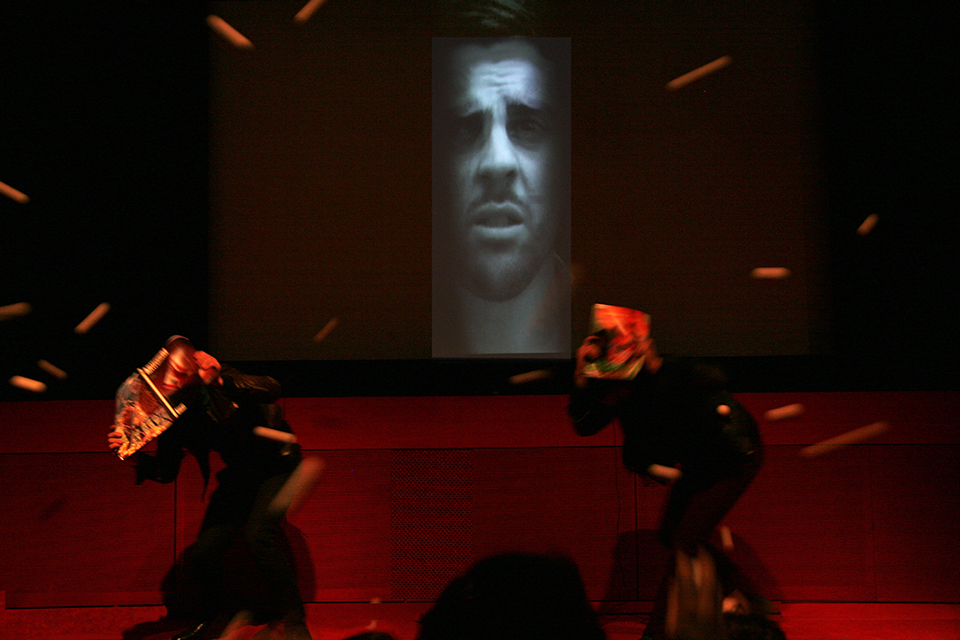 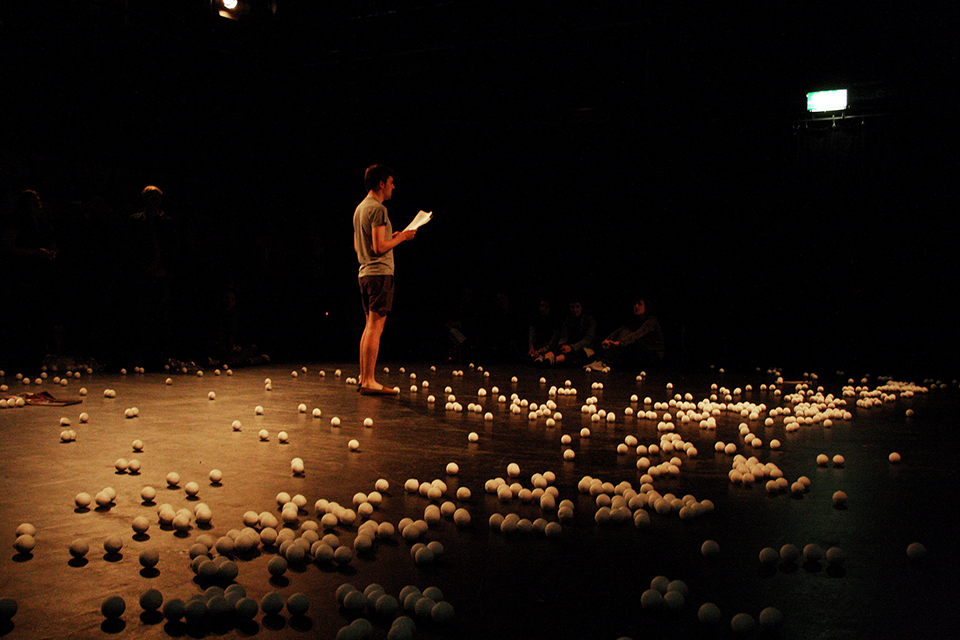 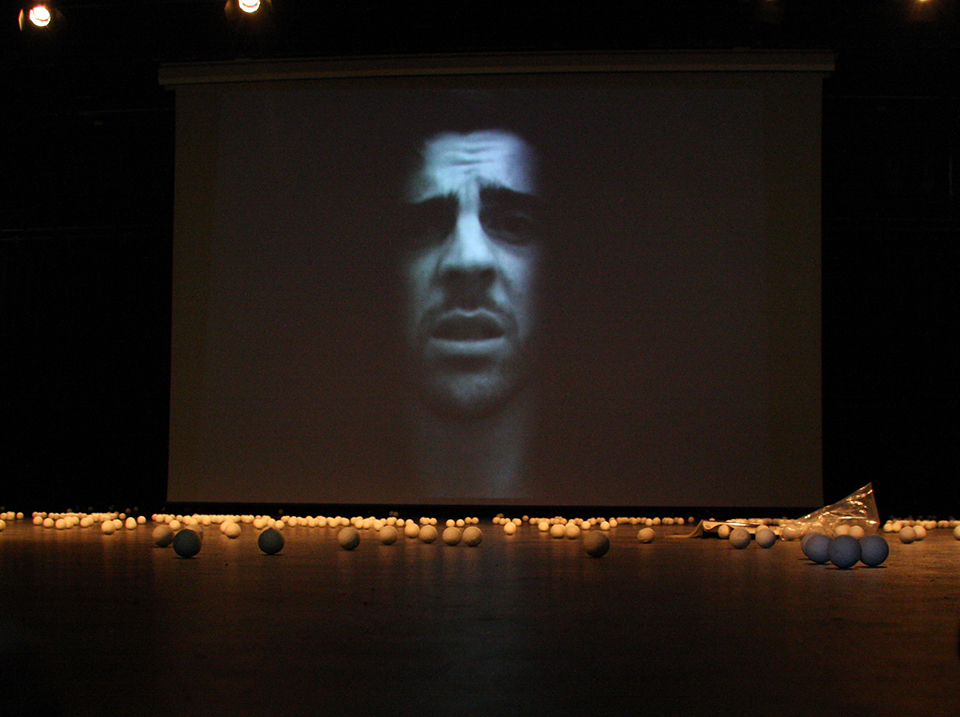 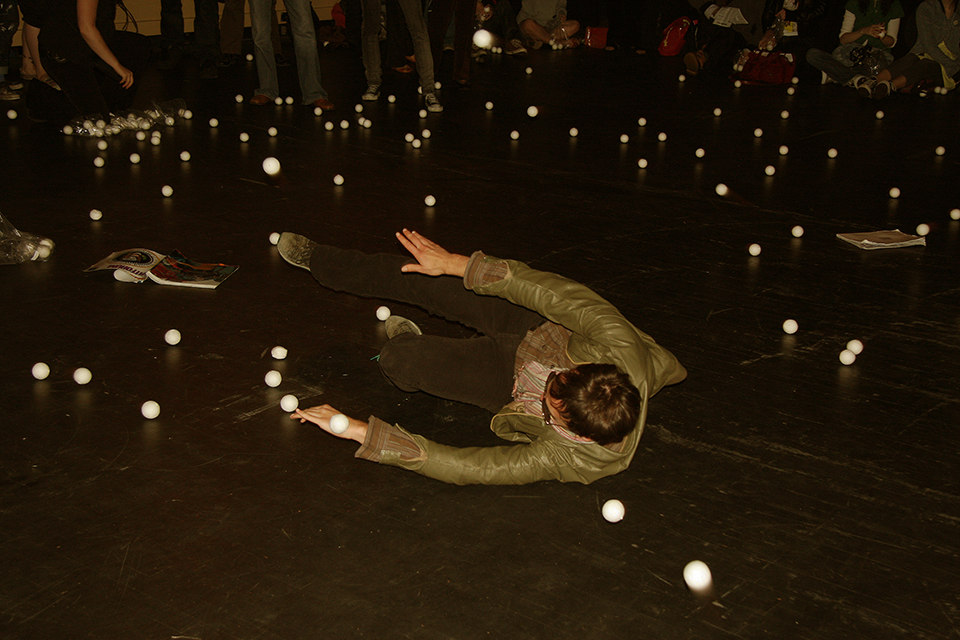 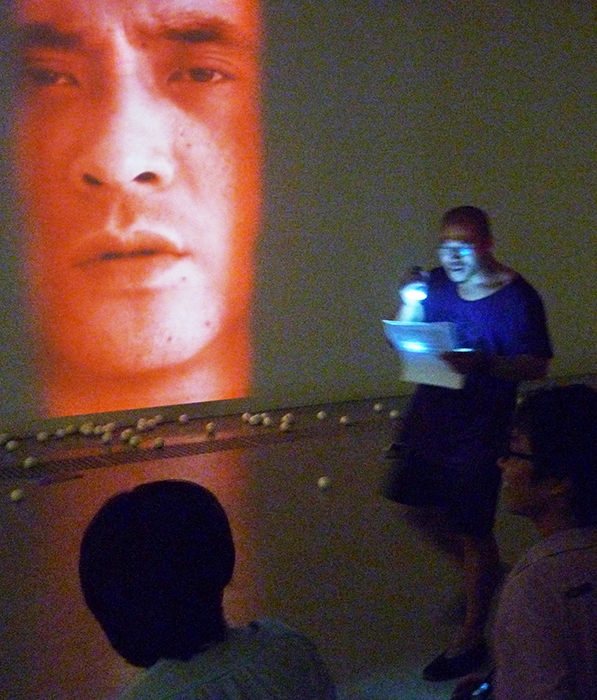 While the balls were thrown, an angry speech was screened, which was written and filmed by Ashery, performed by Chris McCormack and inspired by the artist David Wojnarowicz’s (1994-1992) potent diatribes. The speech is a rant that uses protest rhetoric about state control and the dilution of current political art practices. The video-speech was created in two layers – voice and image – which go in and out of sync. A third out-of-sync layer was provided by McCormack, who read the text out loud during the performance.

Raging Balls was part of A Staged Dissent: Life is Interesting … When You’re Furious, a series of projects marking the fortieth anniversary of the wave of student protest movements that broke out in Paris 1968. Arts Centre, Loughborogh University, curated by Nick Slater, June 2008.