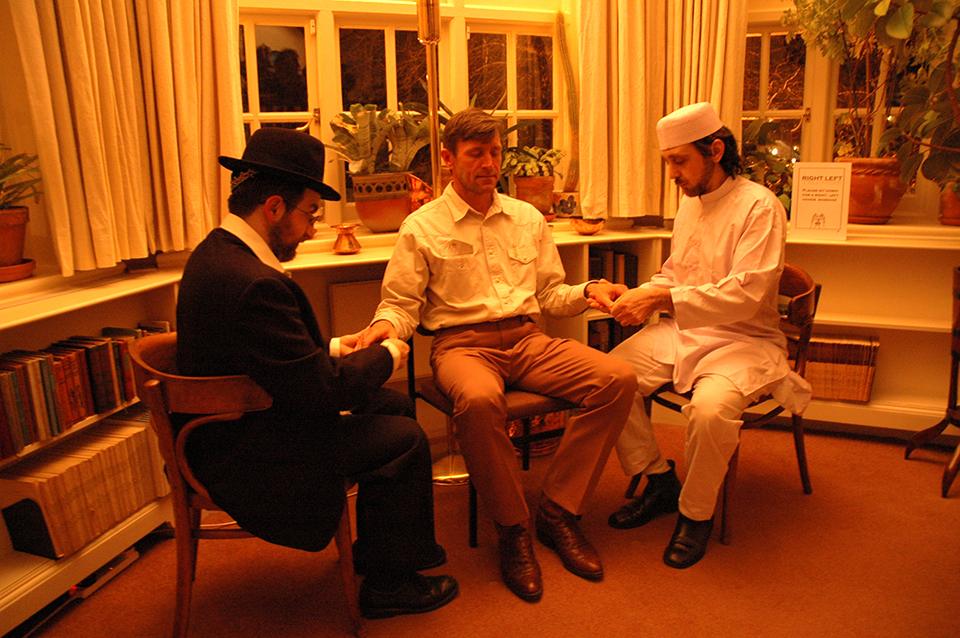 Right, Left was performed on the large landing at Sigmund Freud’s house, as an attempt to interact with the sense of paranoia and the taboos associated with physical contact during psychoanalytical sessions. The dressed figures as ‘carers/masseurs’ challenged the presumed cultural neutrality and anonymity of the analyst, as well as the concurrent mingling of the Right and Left political positions. This is part of Ashery’s queer exploration of her Jewish heritage, being a 7th generation Jew born in Jerusalem and what she describes as a Palestinian Jew.